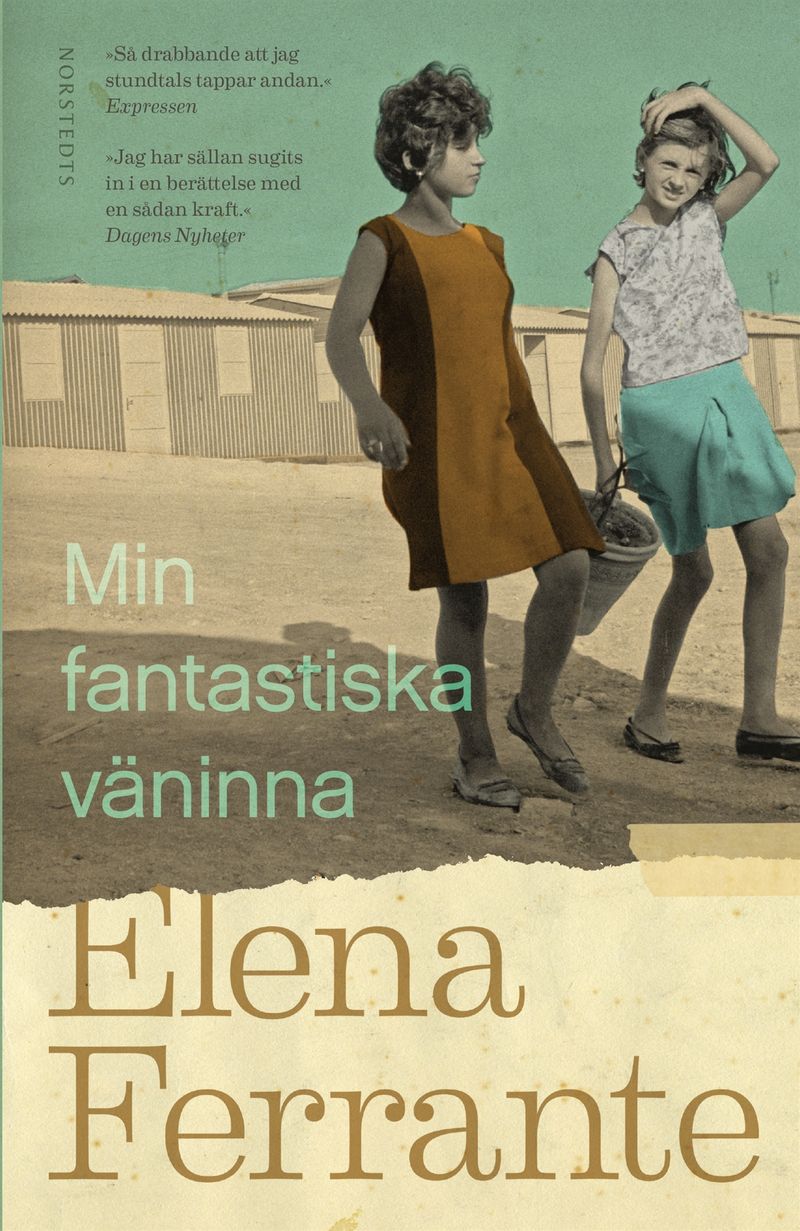 From 'one of the great American writers of our time' (Los Angeles Times Book Review) - a brilliant historical crime novel, a pulse-pounding, as-it-happens narrative that unfolds in Los Angeles and Mexico in the wake in Pearl Harbor.

When the Moon Is Low

Expertly depicting the anxiety and excitement that accompanies a new life, Hashimi s gripping page-turner is perfect for book clubs. Library Journal (starred review)Mahmoud s passion for his wife, Fereiba, a schoolteacher, is greater than any love she s ever known. But their happy, middle-class world implodes when their country is engulfed in war and the Taliban rises to power.When Mahmoud becomes a target of the new fundamentalist regime and is murdered, Fereiba is forced to flee Kabul with their three children. Finding a way to her reach her sister s family in England is her one hope to survive. With forged papers and help from kind strangers they meet along the way, Fereiba manages to smuggle the children as far as Greece. But in a busy market square, their fate takes a frightening turn when her teenage son, Saleem, becomes separated from the rest of the family.Faced with an impossible choice, Fereiba pushes on with her daughter and baby, while Saleem falls into the shadowy underground network of undocumented Afghans who haunt the streets of Europe s capitals. Across the continent Fereiba and Saleem struggle to reunite, exhausted but undefeated, and ultimately find a place where they can be a family again.

The Buying of Lot 37

From the authors of the New York Times bestselling novels It Devours! and Welcome to Night Vale and the creators of the #1 international podcast of the same name, comes a collection of episodes from Season Three of their hit podcast, featuring an introduction by the authors, a foreword by Dessa, behind-the-scenes commentary, and original illustrations.

Who's a Good Boy?: Welcome to Night Vale Episodes, Vol. 4

From the authors of the New York Times bestselling novels It Devours! and Welcome to Night Vale and the creators of the #1 international podcast of the same name, comes a collection of episodes from Season Four of their hit podcast, featuring an introduction by the authors, a foreword by Jonny Sun, behind-the-scenes commentary, and original illustrations.

Future Home of the Living God

<p>Louise Erdrich, the New York Times bestselling, National Book Award-winning author of LaRose and The Round House, paints a startling portrait of a young woman fighting for her life and her unborn child against oppressive forces that manifest in the wake of a cataclysmic event.</p><p>The world as we know it is ending. Evolution has reversed itself, affecting every living creature on earth. Science cannot stop the world from running backwards, as woman after woman gives birth to infants that appear to be primitive species of humans. Thirty-two-year-old Cedar Hawk Songmaker, adopted daughter of a pair of big-hearted, open-minded Minneapolis liberals, is as disturbed and uncertain as the rest of America around her. But for Cedar, this change is profound and deeply personal. She is four months pregnant.</p><p>Though she wants to tell the adoptive parents who raised her from infancy, Cedar first feels compelled to find her birth mother, Mary Potts, an Ojibwe living on the reservation, to understand both her and her baby's origins. As Cedar goes back to her own biological beginnings, society around her begins to disintegrate, fueled by a swelling panic about the end of humanity. </p><p>There are rumors of martial law, of Congress confining pregnant women. Of a registry, and rewards for those who turn these wanted women in. Flickering through the chaos are signs of increasing repression: a shaken Cedar witnesses a family wrenched apart when police violently drag a mother from her husband and child in a parking lot. The streets of her neighborhood have been renamed with Bible verses. A stranger answers the phone when she calls her adoptive parents, who have vanished without a trace. It will take all Cedar has to avoid the prying eyes of potential informants and keep her baby safe. </p><p>A chilling dystopian novel both provocative and prescient, Future Home of the Living God is a startlingly original work from one of our most acclaimed writers: a moving meditation on female agency, self-determination, biology, and natural rights that speaks to the troubling changes of our time.</p>

All the Bright Places

The Fault in Our Stars meets Eleanor and Park. All the Bright Places is a compelling and beautiful story about a girl who learns to live from a boy who intends to die. Theodore Finch is fascinated by death, and he constantly thinks of ways he might kill himself. But each time, something good, no matter how small, stops him. Violet Markey lives for the future, counting the days until graduation, when she can escape her Indiana town and her aching grief in the wake of her sister's recent death. When Finch and Violet meet on the ledge of the bell tower at school, it's unclear who saves whom. And when they pair up on a project to discover the 'natural wonders' of their state, both Finch and Violet make more important discoveries:It's only with Violet that Finch can be himself - a weird, funny, live-out-loud guy who's not such a freak after all. And it's only with Finch that Violet can forget to count away the days and start living them. But as Violet's world grows, Finch's begins to shrink. How far will Violet go to save the boy she has come to love? An intense, gripping YA novel, perfect for fans of John Green, Jay Asher, Rainbow Rowell, Gayle Forman and Jenny Downham. About the author: Jennifer Niven is the author of two narrative non-fiction books, The Ice Master and Ada Blackjack; a high school memoir, The Aqua Net Diaries; and four historical novels for adults: Velva Jean Learns to Drive (based on her Emmy Award-winning film of the same name), Velva Jean Learns to Fly, Becoming Clementine, and the forthcoming American Blonde. Jennifer lives in Los Angeles. All the Bright Places is her first book for young adults.

From the author of the New York Times and USA Today bestselling novel, THE ALICE NETWORK, comes another fascinating historical novel about a battle-haunted English journalist and a Russian female bomber pilot who join forces to track the Huntress, a Nazi war criminal gone to ground in America.

I'll Take You There

<p>In this radiant homage to the resiliency, strength, and power of women, Wally Lamb--author of numerous New York Times bestselling novels including She's Come Undone, I Know This Much is True, and We Are Water--weaves an evocative, deeply affecting tapestry of one Baby Boomer's life and the trio of unforgettable women who have changed it.</p><p> </p><p>I'll Take You There centers on Felix, a film scholar who runs a Monday night movie club in what was once a vaudeville theater. One evening, while setting up a film in the projectionist booth, he's confronted by the ghost of Lois Weber, a trailblazing motion picture director from Hollywood's silent film era. Lois invites Felix to revisit--and in some cases relive--scenes from his past as they are projected onto the cinema's big screen.</p><p> </p><p>In these magical movies, the medium of film becomes the lens for Felix to reflect on the women who profoundly impacted his life. There's his daughter Aliza, a Gen Y writer for New York Magazine who is trying to align her post-modern feminist beliefs with her lofty career ambitions; his sister, Frances, with whom he once shared a complicated bond of kindness and cruelty; and Verna, a fiery would-be contender for the 1951 Miss Rheingold competition, a beauty contest sponsored by a Brooklyn-based beer manufacturer that became a marketing phenomenon for two decades. At first unnerved by these ethereal apparitions, Felix comes to look forward to his encounters with Lois, who is later joined by the spirits of other celluloid muses.</p><p> </p><p>Against the backdrop of a kaleidoscopic convergence of politics and pop culture, family secrets, and Hollywood iconography, Felix gains an enlightened understanding of the pressures and trials of the women closest to him, and of the feminine ideals and feminist realities that all women, of every era, must face.</p><p> </p>

The Library at the Edge of the World

<p><strong>November 2017 LibraryReads Pick</strong></p><p>In the bestselling tradition of Fannie Flagg and Jenny Colgan comes Felicity Hayes-McCoy's U.S. debut about a local librarian who must find a way to rebuild her community and her own life in this touching, enchanting novel set on Ireland's stunning West Coast.</p><p>As she drives her mobile library van between villages of Ireland's West Coast, Hanna Casey tries not to think about a lot of things. Like the sophisticated lifestyle she abandoned after finding her English barrister husband in bed with another woman. Or that she's back in Lissbeg, the rural Irish town she walked away from in her teens, living in the back bedroom of her overbearing mother's retirement bungalow. Or, worse yet, her nagging fear that, as the local librarian and a prominent figure in the community, her failed marriage and ignominious return have made her a focus of gossip. <br><br>With her teenage daughter, Jazz, off traveling the world and her relationship with her own mother growing increasingly tense, Hanna is determined to reclaim her independence by restoring a derelict cottage left to her by her great-aunt. But when the threatened closure of the Lissbeg Library puts her personal plans in jeopardy, Hanna finds herself leading a battle to restore the heart and soul of the Finfarran Peninsula's fragmented community. And she's about to discover that the neighbors she'd always kept at a distance have come to mean more to her than she ever could have imagined. <br><br>Told with heart and abundant charm, The Library at the Edge of the World is a joyous story about the meaning of home and the importance of finding a place where you truly belong.</p><p><strong>"Heart-warming . . . reminiscent of Maeve Binchy and Roisin Meaney."--Irish Examiner</strong></p>